Established in 2012 as a scenic working farm vineyard, The Winery at Bull Run lies on 225 acres adjacent to Manassas National Battlefield Park and next door to an equestrian farm. The winery itself was built to represent the two types of historic barns in Northern Virginia—a smaller 1800s-style barn and a larger 1920s-era dairy barn complete with a hayloft and hay lift cable and beam. Our passion for the history of the land led us to create the largest working farm in Fairfax County and to salvage the old stone foundation of the Hillwood Mansion, burned in a fire some 30 years ago—now a perfect altar and elevated stage for outdoor wedding ceremonies and events. 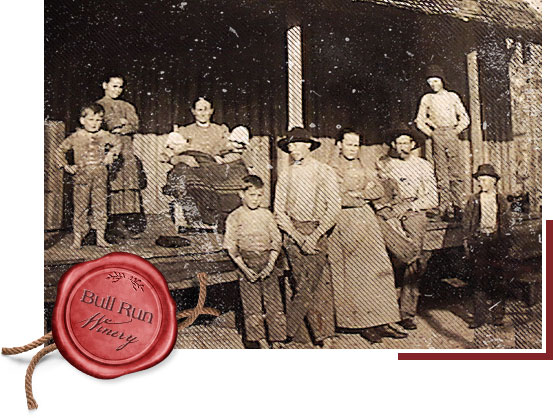 Farmers/Proprietors of The Winery at Bull Run

The Hickox family of Southeastern Georgia was representative of that vast group of family farmers who made up the great middle class of the Old South and, in particular, of those pioneers who settled the vast backwoods "Wiregrass" region around the Okefenokee Swamp in the early 19th century.

David Hickox, the owner's great-great-great-great grandfather, was the progenitor of this branch of the family. Born in Connecticut on January 13, 1798, and referred to by his modern descendants as "Yankee Dave," he was likely descended from William Hickocks, who had immigrated from England to Connecticut about 1635 and was one of the early settlers of Farmington, at that time a frontier town in the heartland of that state. 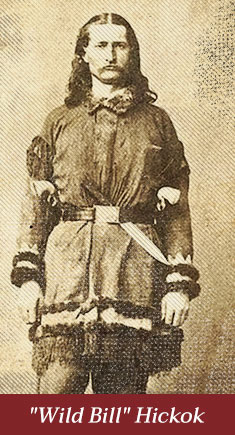 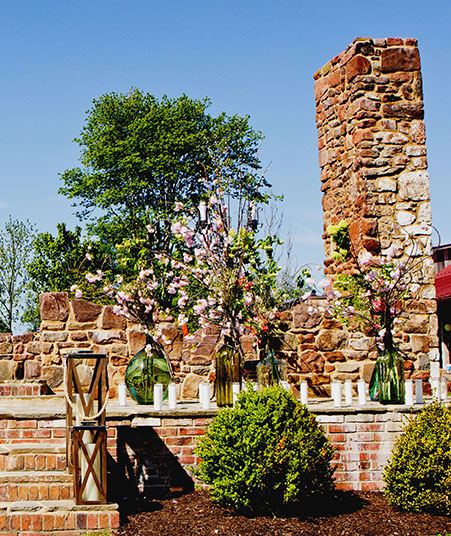 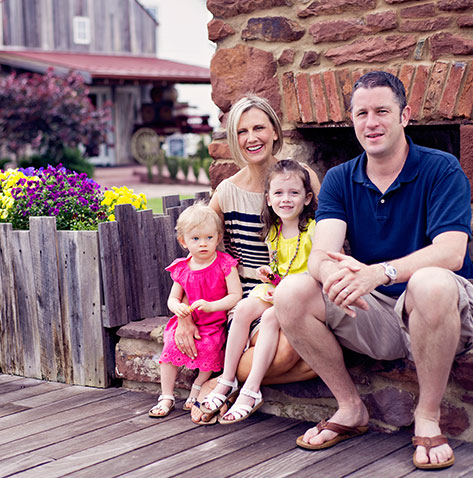 While some of the descendants of William Hickocks would remain in Connecticut and other nearby parts of New England, others seemed to be a restless lot, attracted to the frontier and the untamed wilderness. Consequently, like David, many of them pursued new opportunities as the frontier was pushed to the west and south in the 18th and 19th centuries. Several branches of the family moved out into Pennsylvania, Ohio, Illinois, Indiana, Missouri, and further west.

The noted late-19th century western adventurer and sometimes lawman, "Wild Bill" Hickok, was from this group. Other branches of the family went to the Southwest via Virginia and Tennessee, and settled in Louisiana, Arkansas, and Texas. Some of the latter helped Texas wrest its independence from Mexico. David, of course, went to Georgia, arriving there somewhat prior to 1820. Two of his sons and a substantial number of their kin were on the battlefield at Manassas in 1862. 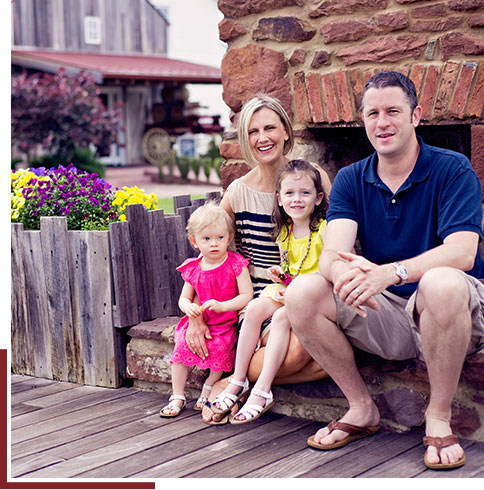 But, whether they migrated west or south, or remained in New England, most of the family seemed to be strongly attracted to the outdoors, to farming, stock-raising, lumbering, hunting, trapping, and fishing. Since its arrival in the North American continent, the Hickox Family has naturally intermarried with other American families, thereby acquiring the genes of the Native Americans, English, both Highland and Lowland Scots, Welch, German, French, and Portuguese, and in the process becoming very American. Its members have pursued and succeeded at professions in every possible walk of life. But, through all of its history, it has been primarily a family of farmers, even into the modern era.

The owner's father, who retired in Virginia after a career in the U.S. Navy and who spent much of his youth behind a horse and single-plow, has planted his progeny in the fertile soil of the Old Dominion, where they have taken root, prospered, and borne fruit.
Hence, our interest in establishing the family farm-oriented Winery at Bull Run, where an appreciation for our nation's interesting and inspiring history can be combined with a similar appreciation for its modern products and services. We hope you will join us in watching it to take root, prosper, and bear fruit!