Home / About Us / The History

The Winery at Bull Run is located adjacent to the charming Stone Bridge which crosses Bull Run stream at the eastern entrance of the Manassas National Battlefield Park in Manassas, Virginia. The original bridge was destroyed during the First Battle of Bull Run (First Manassas) on July 21, 1861, the first major land battle of the American Civil War. Some years later, the new bridge of today, similar to the original design, was built on the site of the old bridge.

The Winery at Bull Run Echoes with the Past

Something old to something new. 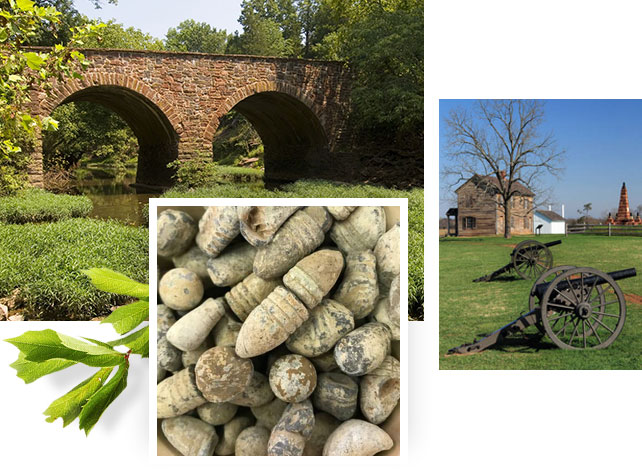 The Winery lies on 225 acres adjacent to Manassas Battlefield Park where the remnants of an old house that burned down about 30 years ago still partially stand. Because The Winery at Bull Run is passionate about the history of the area, we salvaged the old stone foundation and chimney which was stabilized to preserve the interesting 1800s character of the site.

The Manassas Battlefield Park is our neighbor to the north of the Winery, so don't be surprised if Civil War reenactors occasionally pass by for tasting events at the Winery. We have on display a small Civil War museum with actual relics dug from the property. We also have historical markers throughout the property documenting both the encampments and movements involved in our property's portion of the Bull Run battlefield. 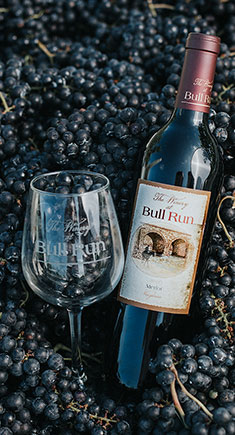 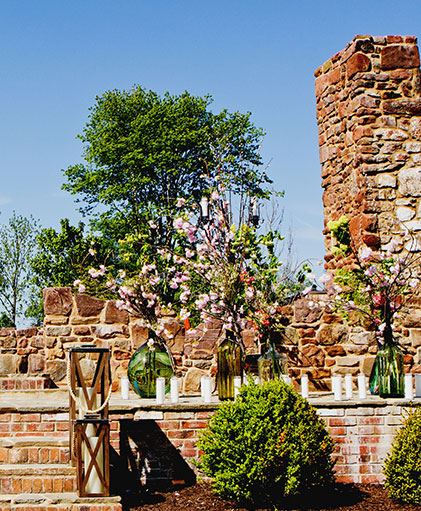 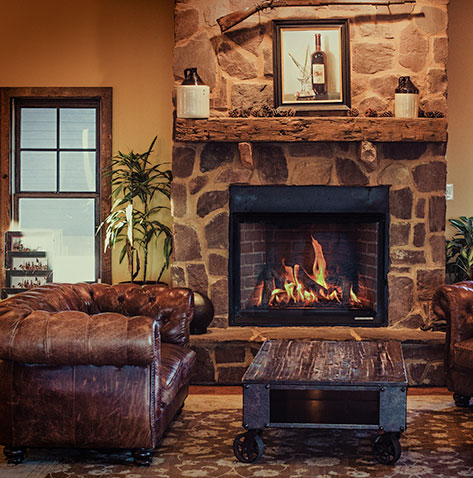 The property has had a number of different owners, extending all the way back to 1649, when it was granted by King Charles II of England as part of the Northern Neck Proprietary. The land on which Hillwood was built was once part of the Middle Bull Run Tract; one of six vast land holdings of Robert “King” Carter. It passed from generation to generation within the Carter family.

During the Civil War, Hillwood found itself directly between the two armies. The property was used as Union General William Tecumseh Sherman’s battle post as Union Troops shelled Confederate lines in an attempt to harass the enemy into a response during the first battle of the Civil War. Many of the relics recovered from the property indicate that at some point during the war (during the First or Second Battle of Manassas), the Hillwood property was used as a field hospital. Items include syringes, bleeders, and bullets with teeth marks on them that suggest these were used during surgeries. 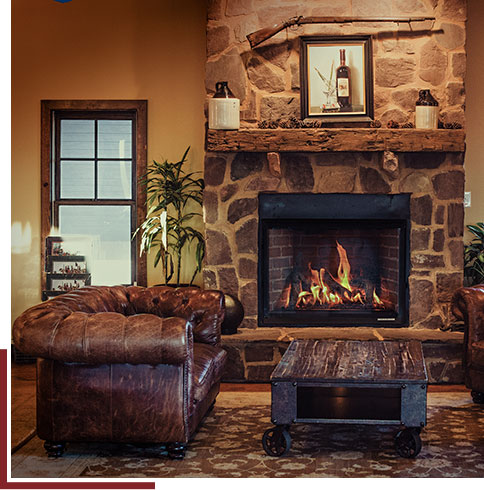 Passing through several owners, Frank Entwisle wound up with the property in 1946. The property boasted a significant garden, complete with strawberries, blackberries, goose berries, and of course, a number of grape vines. After the death of his wife Emma in 1971, Frank moved away and the house was sold to a nephew who rented it out. In 1990, a severe fire threatened to destroy the home, and the property remained abandoned for nearly 2 decades.

Most of the remaining acreage of the property was subsequently sold to the National Park Service. Jon Hickox, the owner of The Winery at Bull Run, purchased the property in 2008 in order to establish a family farm-oriented winery honoring his ancestors who emigrated from England in 1635. His family lineage has included a history of farming, stock-raising, lumbering, hunting, trapping, and fishing, so the farm oriented winery is an important part of The Winery at Bull Run.
Jon pulled down the remaining walls of Hillwood, leaving the old foundation as a memorial to the past as he laid the foundation for the winery next to it, a testament to the future. Wooden mantle above the fireplace is the only piece of hand hewn lumber salvaged after Hillwood burned.